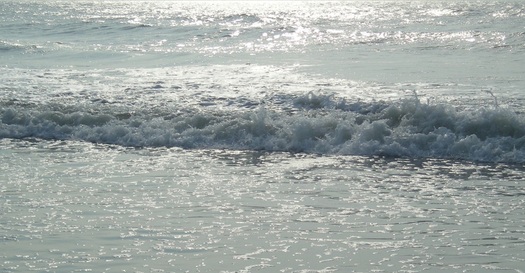 Translated from the Old Frisian

This is a translation of the so-called “Tale of Charlemagne and Redbad.” The original story comes to us from the Codex Unia, which was written in Old Frisian. Any errors are the translator's own. The original text can be read here and here; explanatory notes are included below.

As Rolf Hendrik Bremmer, Jr., notes in his introduction to the Old Frisian text, this is a legend about the origins of Frisian law that combines both Christian and pre-Christian elements.

Modern Heathens, of course, remember King Redbad as the Frisian hero who refused to convert right before he was to be baptized. “King Karl” is often rendered as Charlemagne in English translations of the title of this section of the Codex Unia. However, it would make far more sense for the story to actually be about Karl Martel and Redbad, with elements from an earlier, pre-Christian legend carrying through.

While the stranger who suddenly appears at sea and gives the Frisians their law is not identified, some modern worshipers do presume this to be a surviving tale about Fosite (Forseti).
Concerning King Karl And King Redbad
Then King Karl and King Redbad came to this land from Denmark, each with a band of soldiers, and told the other that the land was his. They wanted to reconcile their wise people, and their armies wanted to fight. Nonetheless, the men decreed that they would reconcile if the two kings called for an “ordeal by standing still” so that one might win. [FN1] Then the armies gathered together and they stood through an entire period of 12 to 24 hours.

Then King Karl let his glove fall; King Redbad reached for it. [FN2]

King Karl said, “Ah ha! Ah ha! This land is mine!” and he laughed. Therefore, his dwelling mound is called “Hachense.” [FN3]

Then Karl said, “You have become my vassal.”

Then King Redbad left the land and King Karl wanted to sit in judgment. But he could not, because the free land was so full that there was no place to hold court. [FN5] Then he sent a messenger to the Seven Sealands [FN6] to find a free place to hold court. He bought it with treasure/cattle and Danish shillings. He set up court, summoned the Frisians before him, and ordered them to choose their law.

The Twelve yearned for a delay. On the third day, King Karl called them to come before him. They pled a legal impediment. They did this on the fourth day and the fifth day as well. These were the two delays and the three legal impediments that Free Frisians could have through means of the law. [FN8]

On the sixth day King Karl ordered the Twelve to choose the law. They said that they could not.

Then the king said, “Now I lay three choices before you: that you all be beheaded, that you all be serfs, or that you be given a ship so firm and strong that it can withstand the ebbs and flows, without any kind of rudder, oar, or tackle.” [FN9]

They chose the ship, and it followed the ebbs so far out that they couldn’t see the coast. And their hearts were troubled.

Then the first lawspeaker [FN10], who was of Widukind’s line [FN11], spoke: “I have heard that our Lord God had twelve disciples when he was on earth and he himself was the thirteenth, and he came to them through a locked door and comforted them and taught them. Why don’t we pray that he send us a thirteenth to teach us the law and conduct us to land?”

Then the Twelve fell to their knees and prayed piously. When they were done with the prayer, they saw a thirteenth sitting at the stern and a golden axe on his shoulder with which he steered them back to land against the current and wind.

Then they came to land, and he threw the axe upon the land and turned up the grass turf. Then a spring welled up there. Therefore, that place is called "up to the Court of Axes." [FN12] And over Eswei [FN13] they came to land, and they sat beside the spring. They took what the thirteenth taught them as their law. Though none of them knew who the thirteenth was, he was like each of them. [FN14] He showed them the law, that there would no longer be only Twelve. Therefore, there shall be thirteen lawspeakers in the land and their judgments must be pronounced at Axenhof and at Eswei. And whenever they disagree, the seven must overrule the six.

From this comes the land-law of all Frisia.
Notes:

[FN2] Per the author’s note on page 176, “[p]resenting a gauntlet was a common ritual to symbolize the acknowledgment of a liege lord.”

[FN3] This site is allegedly nearby the modern capital of Friesland, Leeuwarden (Ljouwert). Hach means “high” in Old Frisian. The translator is not entirely sure if the name derives from that word or perhaps from the verb “to laugh,” hlakkia.

[FN5] The original word is thingia meaning “to proceed, sue, administer justice, or sit in judgment,” a cognate that appears in other Germanic languages.

[FN6] The “Seven Sealands” show up in modern usage as well. They are the lands that traditionally make up the Frisian areas along the North Sea. On the modern flag of Friesland (a province in the Netherlands), the Seven Sealands are symbolized by red, heart-shaped lily blossoms.

[FN7] The number twelve is relevant to the history of English law as well, e.g., regarding jury sizes. Recall also that Gylfaginning lists twelve holy Gods who meet in judgment. See Gylfaginning 20, 15, and 42.

[FN8] Responding to unpleasant substantive questions with procedural objections is a strategy as old as law itself.

[FN9] Ain or ein, the Old Frisian word that I am translating as “serf,” literally means “owned.”

[FN10] The Old Frisian word asega is often translated as “lawspeaker” in English. An asega was an official who provided advice on law and procedure but who was not quite the same as a judge in the modern sense nor a lawspeaker in the former Icelandic sense. They were heavily tied up with the Frankish legal system imposed by Charlemagne, which may be one of the reasons that the title of this legend is sometimes rendered as an exchange between King Redbad and a non-contemporary ruler. The skelta, or “sheriff,” was also integral to the administration of law in Frisia at that time. The two roles were later consolidated into one position. See, e.g., the Skout (Skelta) and Asega entries on the Frisian version of Wikpedia.

[FN11] Widukind lived at the same time as Charlemagne.

[FN14] H.A. Guerber writes that "the newcomer resembled each one of them in some particular, but yet was very different from any one of them in general aspect and mien." See H.A. Guerber, Myths of the Norsemen, 143 (1909).
Translation by OrderInTheQuartz, 2013.